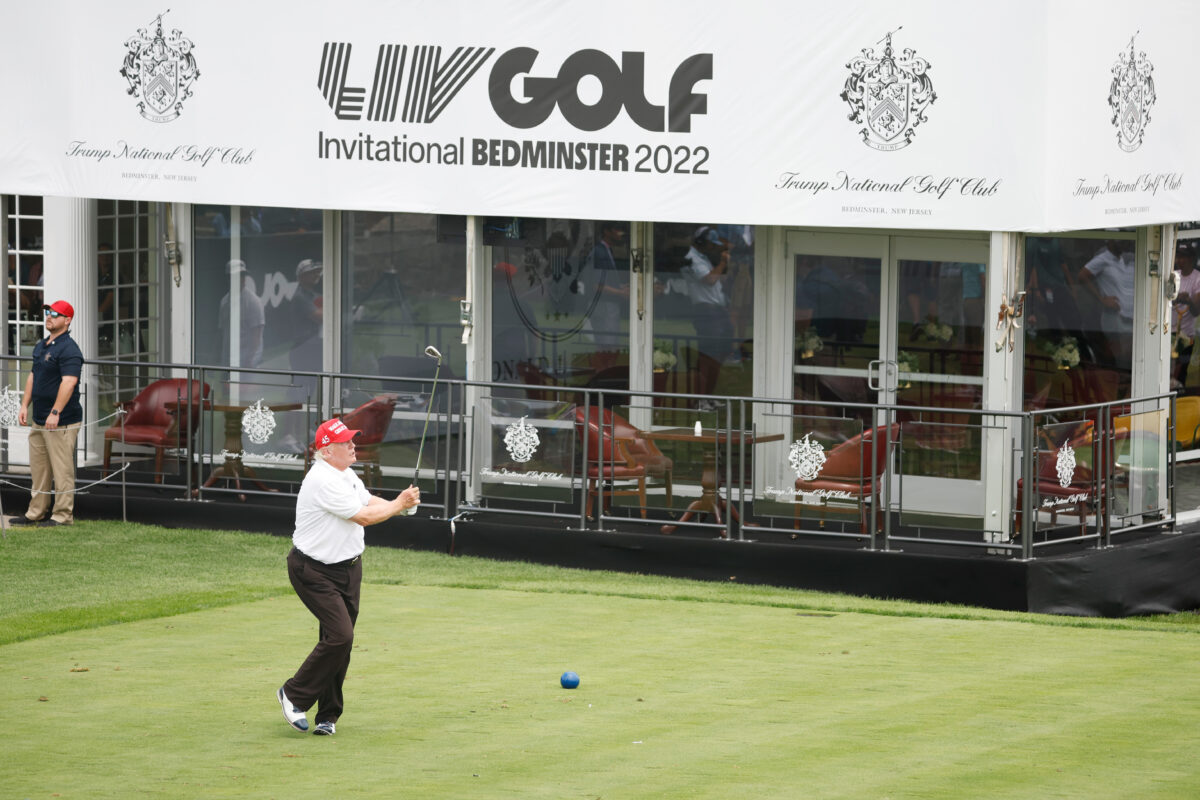 The Saudi-backed LIV Golf Tour has, by any measure, brought no shortage of controversy with it. But judging by the anemic attendance and super cheap tickets available on StubHub for this weekend’s event at former President Donald Trump’s New Jersey golf club in Bedminster, the controversy has not helped its business.

The fledgling professional golf tour hosted just its third event this past weekend, which took place roughly an hour from New York City, and received a ton of free promotion solely from the controversy surrounding it. Families of victims of the attacks of 9/11 — the majority of hijackers were Saudi nationals — openly complained about pro golfers, and former presidents, engaging in such a lucrative manner with the Saudi family who was at least tangentially related to the most deadly attack is US soil in history.

Turns out that not many people were interested in turning up for the event. Writing for The Washington Post, Rick Maese reports:

Measuring its popularity is tricky, in part because the start-up doesn’t seem concerned about traditional metrics in these early stages. Unlike at other pro golf events, there aren’t corporate logos and signage littering the course. Although the LIV Golf social media accounts are active, there is no television rights deal and no commercials on the streaming broadcasts.

Fewer than 1,000 people were concurrently watching the Facebook Live feed for much of the first two rounds this weekend, while LIV Golf’s YouTube channel was at or above 60,000 viewers for much of Saturday’s second round. Of course, there were far fewer people. Event officials did not announce attendance, although most estimates suggested only a few thousand spectators. Tickets sold for $75 per day but could be had on the secondary market for $1 apiece (plus $5.05 in fees via StubHub).

Ticket prices are no longer available since the weekend event ended, but Sporting News reported in the days leading up to the event that the cheapest tickets for the event were going for $3.

Have a tip we should know? [email protected]