A Prisons Service Intelligence Officer has been questioned under caution over allegations by a former female soldier that she was repeatedly raped by a security prisoner with her commander’s knowledge, according to a Friday report.

The interrogation came as Israel grapples with a wave of violence against women and Prime Minister Yair Lapid vowed to investigate the case at Gilboa Prison.

The Prison officer, Nisim Finish, previously served as the Intelligence Officer at Gilboa Prison and held the position when the soldier who made the rape allegations served there.

He was questioned under caution by the investigators from the Lahav 433 national crime squad on Thursday, the Kan public broadcaster reported.

At least one other guard at the Prison told the police she had informed Finish about the rapes at the prison. They had been investigated in the past, but the case was closed due to a lack of evidence, the report said.

The case was reopened about six months ago, and Finish was questioned again after new evidence turned up, the report said. Details about the case remain under a gag order.

Police are also considering having the former soldier who made the allegation confront the security prisoner she Accused of raping her, Haaretz reported. The move would require approval from prosecutors.

Investigators want to arrange the confrontation because they are lacking evidence in the case, and are looking for support for the accuser’s allegations, which could turn up in a confrontation between the two.

The former soldier, who has not been named publicly, said Thursday in bombshell allegations that she was repeatedly raped and sexually assaulted by a Palestinian security prisoner while she served at Gilboa Prison.

Identified under the pseudonym “Hila,” the former soldier said she “became a prisoner, the private sex slave” of a “dangerous terrorist.”

She identified the prisoner in question as the person who was previously named in the media in connection with reports of female prison guards being “pimped out” to prisoners.

Earlier this week the Ynet news site reported that a Palestinian prisoner convicted of terrorism, Mahmoud Atallah, was being investigated by the police over sexual assault while behind bars.

Atallah has been in solitary confinement since 2018, over a scandal in which an Intelligence Officer allegedly “pimped” female guards to him and to other Palestinian inmates, at his request.

Reports of female IDF Soldiers being sexually harassed and assaulted in Israeli prisons surfaced several years ago, but then were largely dropped until last year when a probe was reopened following new evidence. Gilboa Prison was also put under the spotlight last year when six Palestinian inmates escaped from the maximum security facility. The investigation into the Prison break Revealed a series of shortcomings in the prison’s operations and sparked harsh criticism of the Prisons Service. 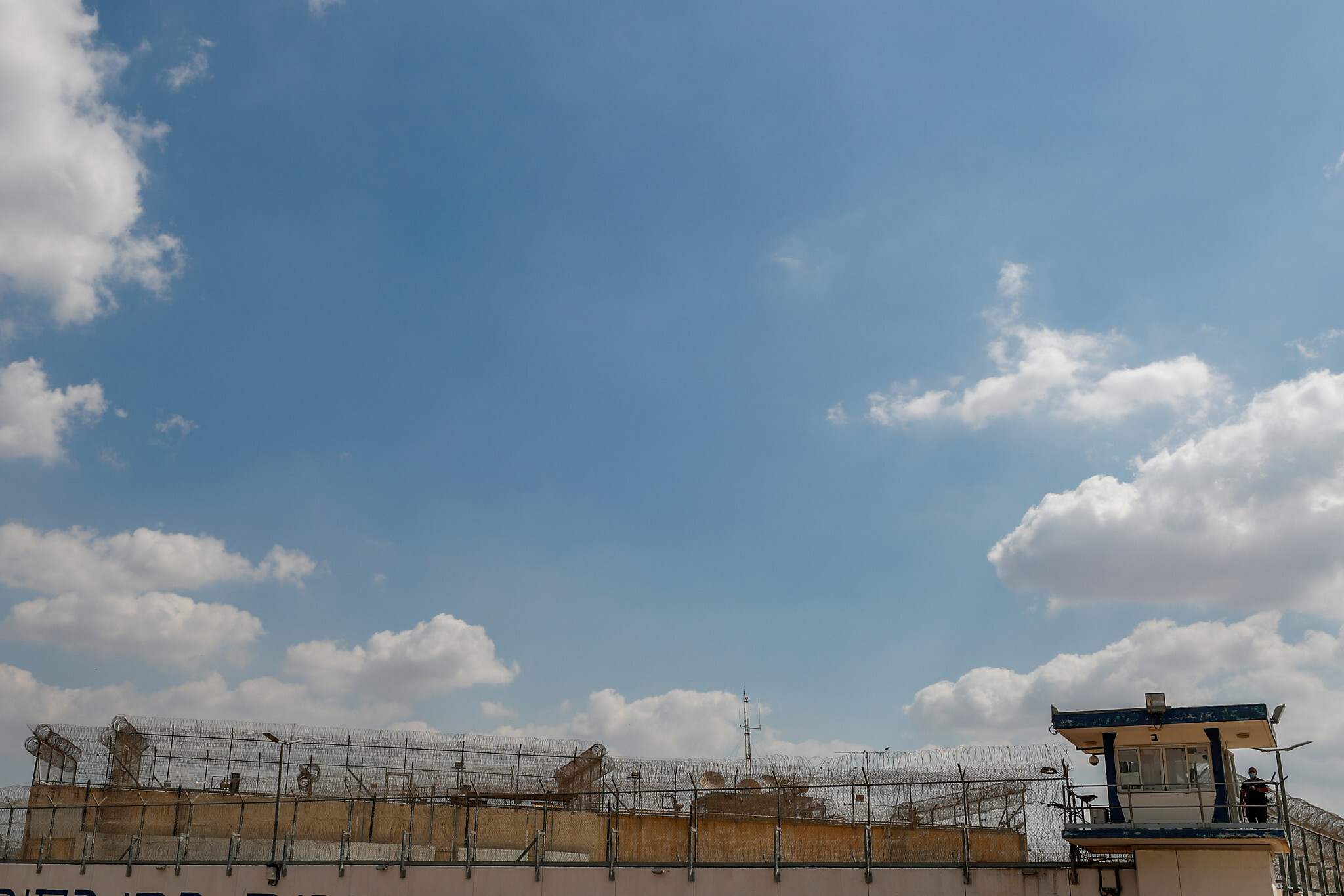 A Prison guard is seen in a watch tower at Gilboa prison, in northern Israel, September 6, 2021. (Flash90)

“Hila” said she was “handed over” by her Commander to a dangerous terrorist “so that he could hurt me and sexually abuse me again and again,” and added that other female guards suffered the same fate. She said the Army had attempted to cover up the case.

The man who raped her, she said, “walked around the Prison freely, uncuffed, and with his filthy hands Touched the bodies of female Soldiers without consequence. Everybody knew, everybody was silent. Everybody was afraid. Everybody worked for him.”

She alleged that “my commanders, my staff, who I thought were supposed to protect me, handed me over to that terrorist. They made sure I stayed alone with him, contrary to clear rules, so he could cruelly hurt me and abuse me sexually again and again; and not just me, but many female guards.”

She made the allegations in a post on the crowdfunding site BeActive, where her attorney Keren Barak set up a campaign to support her. Barak told Channel 12 that her client “lives in poverty due to her mental state, which does not allow her to join the job market.” She said the campaign was set up for this reason, to support her with accommodation and therapy.

Yedioth Ahronoth reported Monday that another former Prison guard at the Gilboa Prison has complained of a sexual assault at the site.

The guard, also identified under the pseudonym “Ella,” said that one night she was left alone to watch over some 120 prisoners in the security wing. As she was doing her rounds one of the prisoners, who was locked inside a cell, pulled down his pants and, while staring right at her, performed an Indecent act. She noted that the prisoner was not Atallah.

Ella said that when she reported the incident to her superiors, she was told to instead speak with another security prisoner who was seen as having control over the others. She did so, but said she has remained traumatized ever since over the incident and several months ago filed a complaint with the police.

The Knesset Subcommittee on Foreign Affairs and Defense is expected to hear from members of the Israel Prison Service, Shin Bet and prosecutors during an emergency session on the scandal this week. 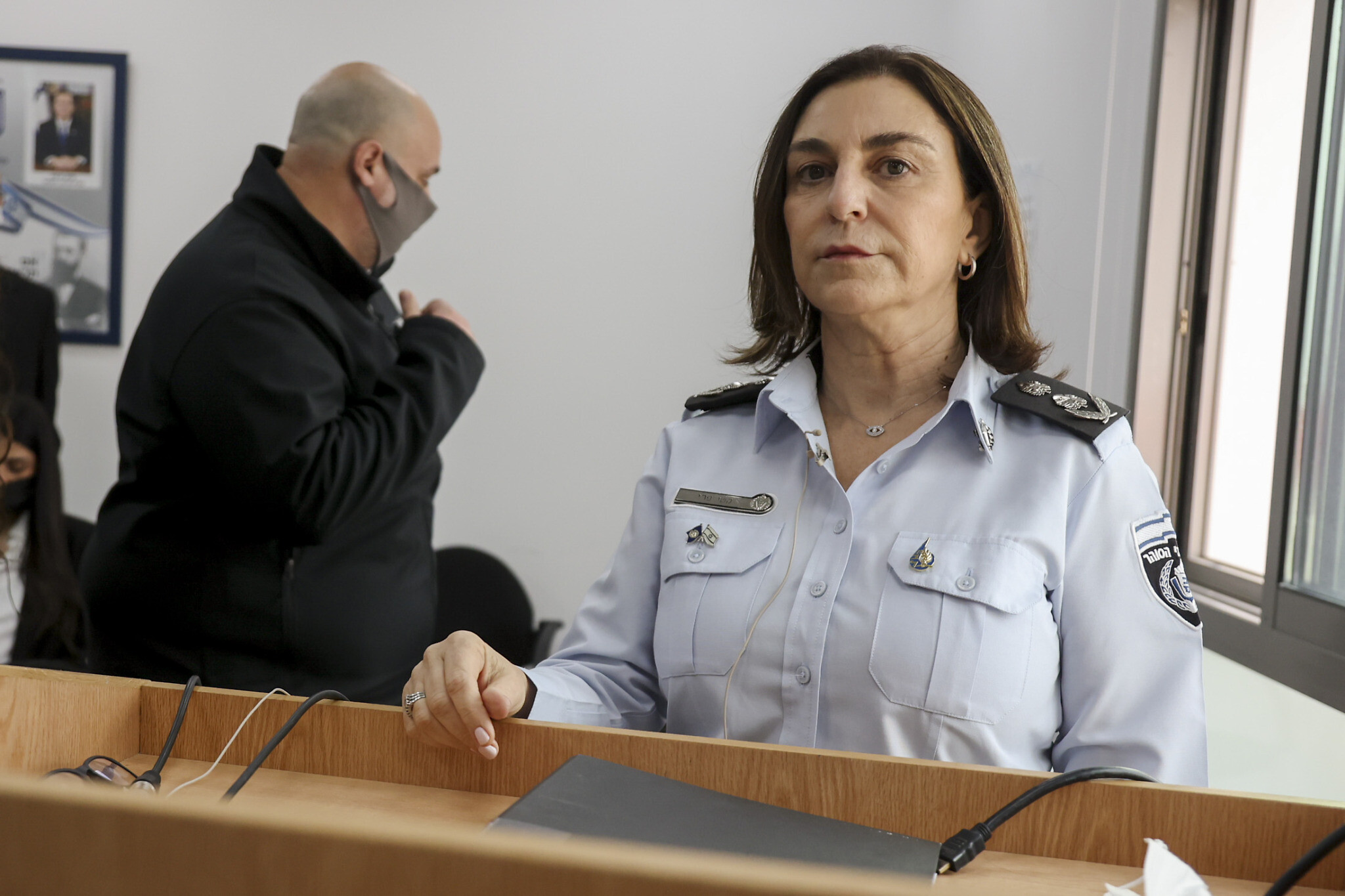 Katy Perry, head of the Israel Prison Service arrives to give testimony at a state investigation committee into the Escape of security prisoners from the Gilboa prison, in Modi’in, January 13, 2022. (Flash90)

“As a strong organization which knows how to stand firmly on its path, we also know how to investigate, draw conclusions and take care of this as required with full responsibility,” she said.

The case was one of several high profile incidents of violence against women in Israel in recent weeks.

Last week, a man is believed to have stabbed his daughter to death before Killing himself in a Beit Shemesh apartment, and in a separate case, a school teacher was shot dead while her 2-year-old daughter was playing on her lap in the central city of Lod. Her ex-husband had repeatedly threatened her before the shooting.

Lapid on Sunday spoke about those attacks, and alleged statutory rape by professional soccer players, saying the violence was “a stain on the country and it cannot continue.”

“Even though all of these cases differ from each other, they have one common denominator: terrible violence directed against women. It is our responsibility as a society and our obligation as the government to eradicate this phenomenon,” Lapid said. 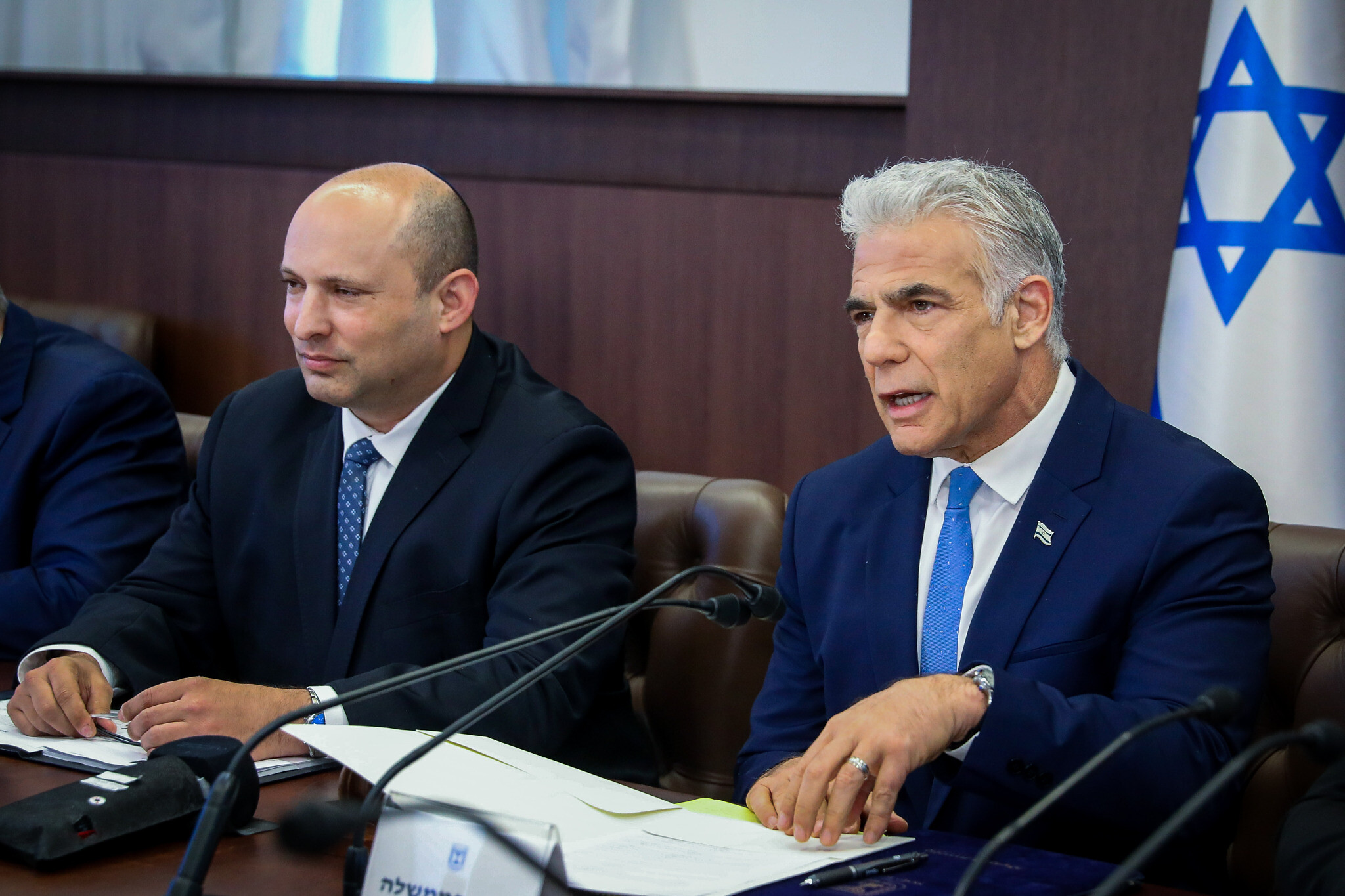 Lapid said he had spoken to Perry and Internal Security Minister Omer Barlev on Saturday about the Gilboa Prison allegations.

“The incident, which is under review, and which took place during the term of the previous government, is under a gag order but it must – and will be – investigated. We will make certain that the soldier receives assistance. We will deal with the Accused to the fullest extent of the law,” Lapid said.

In a separate statement on Sunday, Barlev said, the “affair that happened a few years ago in Gilboa prison,” had “shaken the Israeli public.”

“I read the Testimonies that are published and I am simply shocked,” Barlev said.

Lapid’s comments came a day after a judge ordered a woman from Lod into a protective shelter, against her will, after shots were fired at her house, following threats against her life from her ex-husband. The court’s move drew criticism from an anti-violence lobby group, who said that the ruling violated women’s rights.

Activists have long complained that not enough is done to prevent violence against women in Israel, particularly in cases known to the authorities.

AFP contributed to this report.